Are you falling victim to illegal teeth whitening? 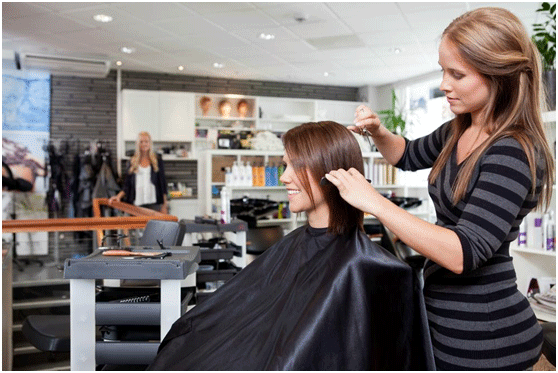 "Great
hair and healthy white teeth go hand in hand, but they shouldn't be
taken care of in the same sitting.

After an unfortunate instance of illegal teeth whitening in a beauty salon in England, dentists are calling for patients to be more wary of where their procedures are being performed.

You wouldn't go to the beauty salon down the road for a cosmetic dental procedure, but that's exactly what was going down in Lancaster, a small town north of Manchester, United Kingdom.

In the United Kingdom only dentists, dental hygienists and dental therapists can carry out tooth whitening. After a woman was found to be illegally whitening teeth at a beauty salon, she was made to pay out almost £3,500 in fines.

Only a dentist can professionally assess a patient's suitability to a whitening treatment. As we've mentioned in past blogs, teeth whitening procedures performed incorrectly can have permanent side effects or risks such as discoloured teeth, heightened tooth sensitivity and gum problems.

While it is not illegal in Australia for inexperienced practitioners to perform tooth whitening, those operating in the middle of a shopping mall are not equipped to give you pertinent advice that has your health and safety in mind.

The manager of the Lancaster beauty salon had been quoted as saying, “[The girl who had been performing the whitening procedures] had a certificate to say she had done a tooth whitening course, but according to the GDC you're not allowed to do it unless you're registered with them. To be registered with them you have to be a dental technician or a dentist.

“We were totally unaware of this and I was totally unaware she was being prosecuted. In November she randomly came in, collected her stuff and left, then didn't return any phone calls.

The manager is reported to have said “we are not doing teeth whitening anymore.”

Liked this post? Check out a related story: Ask-A-Dentist: Should I Consider Teeth Whitening?